Royal Wedding: It’s hard out there for a princess 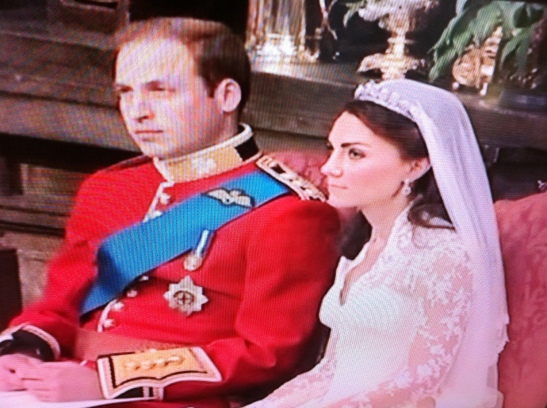 Last night I watched “The King’s Speech” for the first time. Today I’m watching the Royal Wedding of Prince William and Kate Middleton. As I watched both of these, it made me think about how different the real life of a princess is from the faux marketing idea of “Princess” from Disney and other companies.

Whereas the Disney Princess brand is all about wearing fancy dresses and jewels and having fun, I’m struck by the gravity of real royalty. Especially thinking about King George VI and his struggle to lead the British people through the incredibly difficult times of WWII, and of Queen Elizabeth II and her tough as nails exterior, being royalty is no piece of cake. No overly emotional frivolity can find a place in this life. In fact, when Diana and Fergie tried it, it didn’t work at all. Only when Diana began focusing more on her charitable causes did she really win back the hearts of the public. If we look closely at royal families, we often see examples of hard work, dedication to a cause bigger than themselves, and service to others. When one of my daughters said, “Kate is so lucky.” I gave her a mini-lecture about the kinds of personal demands that will be put on her now that she’s married Prince William. Yes, she wears beautiful clothes and jewels and the wedding was breathtaking. But, there’s more to her life than that. We can enjoy the pageantry together, but I wanted her to see that Kate’s version of being a princess will go on after “happily ever after.”

I’m no royalist, and I’m not in any way saying that the royal families around the world don’t have their own foibles and problems. However, contrasting the two ideas of “Princess” really strikes a chord in me. In fact, it seems pretty apparent that Kate Middleton had to know that what she was getting into wasn’t a fairytale, and that it would require a different kind of lifestyle than she may have anticipated for herself when she was growing up. If the idea of “princess” were being marketed to kids  as a way to learn to serve others, give up your own personal desires for the better of the greater cause, and so forth, I’m not sure the Disney Princess brand would be quite as profitable. But that’s really what we want for our kids, both boys and girls, isn’t it? Most of us don’t dream of our children growing up to be obsessed with the clothes they wear and the way they look. Most of us dream of watching them become responsible, caring human beings who make this world a better place. Now we need to find a way to market that!