See It and Be It: Nurturing Children can be a Man’s Job! 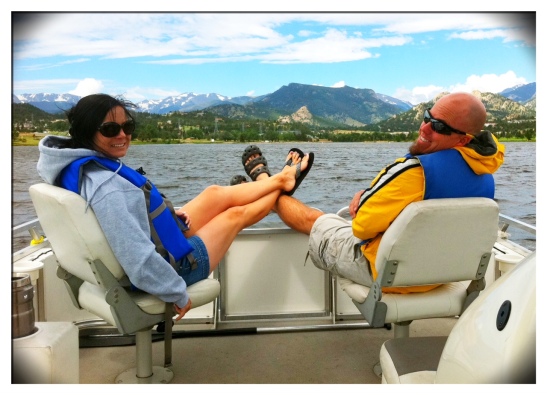 The Watsons: 2 dedicated Kindergarten teachers take a much needed break

The See It & Be It series is a response to the idea that when children see examples of men or women in jobs that they think of as only “for” the opposite sex, it opens up their eyes to new possibilities. My goal in starting this series is to provide examples of people who are doing amazing things, who are making a difference in this world, without being restricted by the fact that they are a man or a woman. So let’s meet some great people who will allow kids to see it and believe that they can be it!

When we think of kindergarten teachers, we usually think of someone who is kind, loving, patient, and….a woman. Today in the first in my See It & Be It series, I’d like to introduce you to Scott Watson, a kindergarten teacher with 18 years of experience under his belt. I asked Scott some questions about how he decided to become a kindergarten teacher, what he finds fulfilling in it, and what he would say to boys who might be interested in becoming a teacher of younger children. Here’s what Scott had to say,

“My dad always told me that I could be anything that I wanted to be, and that he would be proud of me as long as I chose an honorable profession. But, I had no intention of teaching, and can even remember getting mad at school and talking with friends about how I would NEVER be a teacher. I started college as a Human Communications major. Then I took a trip back to visit my girlfriend, now my wife, in Dallas one weekend. She had been participating in a Senior Intern program at her high school and I visited her Kindergarten assigned classroom. I was sold!!! I came back to school and changed my major. Playing with kids all day, AND getting paid? Now that was for me!!! Of course I’m much wiser now, and realize that is NOT what education is all about, most of the time.

What I love about teaching kindergarten is that it’s an opportunity to welcome children to the rest of their education. If I can help them feel safe, and love school; then, maybe, I’ve done a small part to help them be successful throughout the rest of their education. I also work at a lower socioeconomic school, and feel that I can be an important male role model in the lives of children who may not otherwise have one. It’s a bit of a mission for me.”

As we all know, male kindergarten teachers are fairly rare. I asked Scott what he thinks are the benefits to the kids in having a male teacher at this age. He said,

“A positive male role model, mentor, and friend can be invaluable to a child – at any age. When kids can see a man acting respectfully towards women, children, and other men, I feel it opens their mind to understanding that things can possibly be different from what they might have seen in the past. Any child can benefit from another positive relationship in their lives. Do some stand to benefit more? Have some come to school with less? Maybe.”

I asked Scott if anyone ever discouraged him from becoming a teacher, he said no. In fact, being a man who wants to step into a non-typical job has generally gotten positive responses. He did say, though, that

“I love telling people that I teach Kindergarten – I think it gives them quite a surprise. When I follow with the comment that I have been doing that for 18 years, now – they sometimes are left in total disbelief!! It’s great!!!”

I wondered what advice he would give to boys who may be interested in being a teacher for younger children, and his response was a resounding,

“Go for it!!! Be fair, consistent, and caring, and the students will love you forever.” For boys who may be interested in working with children but getting the message that teaching young children is “for girls” and not for them, Scott says, “They’ve got to be true to themselves.”  He believes that both boys and girls need to realize that they need to follow their hearts, even if it leads them into a field that’s not typical. Especially in teaching young children, opportunities are ripe for showing love, caring, and fairness to children who may not have had much of that in their lives. And the “for girls” thing just makes him want to laugh. He says,  “Helping raise our kids in an appropriate way is just as much for the guys!!!”

As you read earlier, Scott initially became interested in teaching kindergarten due to his wife, Teena. Teena is also a kindergarten teacher, in fact, she taught all three of my daughters! Having a life partner who shares the same occupation is special; they share ideas, stories and struggles with one another. Although they don’t always have the same educational approach, it’s nice for both to have a trusted sounding board.

Scott says of his kindergarten teaching career, “It truly has been a privilege to serve in this occupation, and I have a sense that I’m doing something important, that will long outlive me. I’ve been able to touch the future, and I hope that the example that I have been, and will be, will make tomorrow a better place for all.”

Talking with this man who has committed his life to nurturing young children inspired me. I hope that you can share his story with the boys and girls in your life as an example of someone who didn’t let anybody tell him that his dream was “just for” someone else. Remember, if our kids can see it, then they can be it!

4 comments on “See It and Be It: Nurturing Children can be a Man’s Job!”

This entry was posted on October 19, 2011 by Jennifer Shewmaker in Acting, For Teens and Tweens, See It & Be It, Talking and tagged Children Youth and Family, Education, gender stereotypes, identity, Kindergarten, Media and children, parenting.