I am haunted by the case described in this article in the New York Times of a high school girl who, while unconscious, was reportedly dragged to different parties and sexually assaulted by several high school boys.

As the mother of daughters, what haunts me is that many, many people saw this girl being assaulted, and yet nobody stood up for her in a way that mattered. Many even took pictures and videos of the girl and posted them on social networks, often with notes about her being “dead,” getting raped, and so forth. I’ve seen one photo in which the girl is clearly unconscious and is being moved by two boys hauling her by the ankles and wrists. Her head lolls back. There is no way that someone in this position could be considered aware enough to give any kind of consent for sexual activity. She was raped and violated, and these horrible acts were photographed and shared with no regard for her humanity. In fact, in one horrifying video, which I won’t link to because it’s so disturbing, a young man laughs and makes fun of the girl for being raped.

As someone who works with adolescents and has for many years, I know that most adolescents are beautiful, caring people who want to change the world for good. These boys and those who let this girl be hurt without standing up for her are not the norm.

And yet, our culture that objectifies girls, that depicts them primarily as sexual objects, impacts the way our adolescents see these kinds of acts. While I hope that the adolescents who I know and work with would have helped this girl, I also know that adolescents are inundated with messages about girls being sexual objects. The more you see these messages, the easier it is to view this as true. Women and girls are consistently depicted in marketing and media as sexual objects. When people say, “Sex sells,” what they really mean is that the female body depicted as a sexual object grabs the attention of consumers, and makes them look at the product. Sure it does. But does that make these kind of advertisements that depict women as objects and promote sexualized and objectified views of them okay? 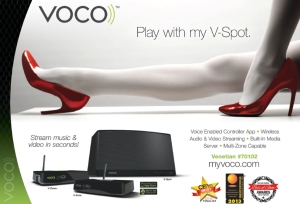 Sexualized media does matter. Research has shown that media depictions impact the way we look at ourselves and the world around us. I am sick and tired of hearing people say that media doesn’t impact our perceptions and actions. If that were true, companies wouldn’t pay millions of dollars to advertise to consumers every year. I’m also sick and tired of hearing women say, ala Cameron Diaz, “Every woman does want to be objectified!”  This shows a complete lack of understanding about what objectification and sexualization means. Everyone, male and female, enjoys being desired, but in a situation that involves mutuality . That’s natural. But to equate feeling sexy with being seen as purely the object of someone else’s desire rather than an agent of one’s own desire just shows that one has embraced enlightened sexism. Being sexy and desired is not the same thing as being objectified. You want to have no say in your sexual experience? You want to be treated like a sex toy with no feelings or desires? You want to be treated like nothing other than a body for someone else’s pleasure? On a regular basis? This is objectification. This is not healthy sexuality.

This case doesn’t just come down to media and culture, though. We also have to think about how those individual adolescents, their families, and communities influenced their behaviors. In the face of these kinds of horrible situations, it is vital that we begin to think about what we can do to keep these things from happening again. Because this, of course, is not an isolated incident. A girl in Texas was in a very similar situation just a year or so ago, and ended up being punished even while her rapists (also high school athletes) went free. Here are some ideas about what we need to do. I welcome other thoughts.

It is time for us to stand up and say, “No more” to marketers and media makers who promote the sexualization and objectification of women and girls. It is time to hold our children to higher standards and to call them to hold one another to standards of decency. It is time to respect the dignity and humanity of all people. Enough is enough.

34 comments on “Steubenville and Sexualization”

This entry was posted on January 5, 2013 by Jennifer Shewmaker in Acting, For Teens and Tweens and tagged child development, identity, Media and children, Objectification, parenting, Sexualization.