Nature vs Nurture in the Toys Wars: Media Messages about Boys and Girls 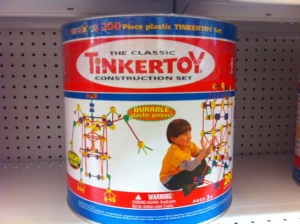 There are very clear lines drawn in advertisements directed to children between what toys are “for” boys or girls. Packed into these advertisements are consistent messages about behaviors, interests, and activities that are appropriate for girls and boys. Research has found that television commercials for children overwhelmingly present gender stereotypes, with pastel colors, cooperation, and indoor play associated primarily with girls and competition and outdoor play associated with boys (Kahlenberg & Hein, 2010).

In a study conducted by Johnson and Young (2002), the researchers examined the themes of gendered voice and words present in children’s television commercials. Clear gender patterns were found in the types of verbs that were used: 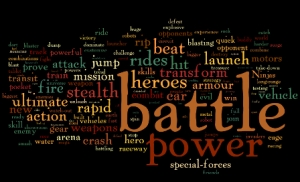 “Toy makers and their advertisers either make no effort to associate or may consciously avoid associating girl-toys with power or their potential to transfer power to their users” (Johnson & Young, 2002, p. 477).

One comment on “Nature vs Nurture in the Toys Wars: Media Messages about Boys and Girls”