Are boys and girls really that different? Children and Gender Stereotypes 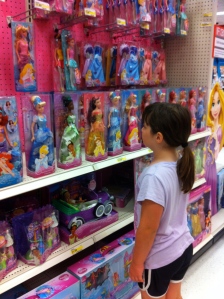 Sugar and spice and everything nice, that’s what little girls are made of.

Snakes and snails and puppy dog tails, that’s what little boys are made of.

Are boys and girls really that different? Are men and women really from different planets? Are we hard wired for different behaviors and interests?

According to those who think the pink and blue toy aisles are great, these things are true. For example, LEGO has said that they developed their new Friends line in direct response to exhaustive marketing research in which girls told them that what they really wanted was “beauty.” On social media networks, debates have been raging amongst parents and other interested parties about this issue. While many have said that they see no need for the new “girly” LEGO set, others have proclaimed their daughter’s right to be included in LEGO play, and seem to think the Friends line will appeal to their daughters in ways that other LEGO sets have not. Parents themselves have said things such as, “My daughter loves pink girly things, and she hasn’t liked LEGO before, but now she will have a LEGO set that she can relate to.”

It seems to me that, in some ways, both these marketers and parents themselves have had the world of gender stereotyping pulled over their eyes. Many of them seem to have come to believe that girls and boys can and will only be interested in very narrowly prescribed interests.

Why have we, as adults, come to believe so strongly that our children can only like this or that according to their gender?

This article  by Dr. Michelle Smith discusses the way that gender stereotypes have been built over the past years to set up a rigid range of interests for both boys and girls. She says, “The cycle of socialising children into believing that girls should like particular things that boys should not, is not only continuing, but is further compartmentalising children into their genders. This becomes more substantial when these perceptions affect how girls and boys are raised by their parents, making these ‘innate’ gender differences a self-fulfilling prophecy.”

In a similar vein,  Peggy Orenstein, brings up the excellent point that while girls and boys do have innate interests, they also build their interests based upon their exposure to ideas about what it means to be male or female. When girls and boys are consistently shown and told that they should be interested in only specific, narrow areas, then many of them will begin to demonstrate those interests.

As I have said before, one of the things that I find most disturbing about gender stereotyping is the way that it constricts a child’s vision for themselves. When a girl or boy repeatedly sees males and females displayed in very narrow roles, it is sure to impact their own view of how they should behave, what their dreams should be,  and who they might become.

This happens both in marketing directed at children and in children’s media. For example, in a study conducted by Haddock, Schindler Zimmerman, Lund, and Tanner (2003), 26 Disney films were analyzed for portrayals of stereotypes about gender, race, and age. In this study, the authors found that the majority of the films represented some pretty significant stereotyped portrayals of what it means to be a male or female. For example:

The continual viewing of stereotypical representations of both males and females cannot help but have an impact on the way that children develop their own ideas about what it means to be a boy or a girl.

Let me be clear that I am not saying that is wrong for any individual girl to like pink, sparkles, playing beauty shop, etc.

What I am saying is that when our daughters and sons only view specific and narrow interests and play themes as “for” them, then their vision for themselves is restricted.

What bothers me about toys like the LEGO Friends line is the idea that LEGO has marketed themselves so heavily to boys that now they say that girls don’t want to play with what has traditionally been a very gender neutral toy. Instead of widening their marketing and products to include girls in a way that would also allow boys to enjoy the new line, LEGO seems to have set up two very separate ways of playing with their product by promoting the Friends line as “for girls.”

This entry was posted on January 6, 2014 by Jennifer Shewmaker in Recognizing and tagged child development, gender stereotypes, identity, Media and children, Stereotype Threat.