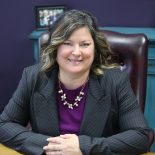 Tips for Talking with Kids About September 11

Today is the anniversary of the September 11 terrorist attacks that killed thousands and ushered in an era of suspicion, vulnerability, but also unity for those who stand against acts of terror.

Many children will be thinking and learning about the September 11 attacks. Here are some tips for supporting children as they process this and similar events. It was adapted from the National Association for School Psychologists resources. For the full resource page, click herheree.

Knowing what to say is often difficult. When no other words come to mind, a hug and saying “This is really hard for you/us” will work. Acknowledge that you don’t like terrorism or war either, but we hope that our country can stop the terrorists or help bring peace to other countries.

Try to recognize the feelings underlying children’s actions and put them into words. Say something like, “I can see you are feeling really scared about this.”

Some children will be afraid that the United States will be attacked again. Tell them this is a real concern and life offers no absolute promises. Nonetheless, reassure them that our government has taken many steps to prevent attacks from terrorists and that the military conflict is very far away. For younger children, saying that you love them and will keep them safe is often sufficient. For older children, you can discuss specifics such as heightened security in airports and significant public buildings.

At times when your children or students are most upset, don’t deny the seriousness of the situation. Saying to children, “Don’t cry, everything will be okay,” does not reflect how the child feels and does not make them feel better. Nevertheless, don’t forget to express hope and faith that things will be okay.

Always be honest with children. Share your fears and concerns while reassuring them that responsible adults are in charge.

Differentiate between terrorism and war. Our homes and schools are not at risk. Only a very few people in the world are terrorists. The war itself will be carried out far away.

Help children understand that precautions are being taken to prevent terrorism (e.g., bomb-sniffing dogs, passport checks, heightened airport security) or attacks on the United States. While these efforts might seem scary or frustrating to children, explain that these precautions might actually make them safer now than they were before.

Deal with fears such as the end of the world. Discuss what is realistic modern technology of war versus science fiction. If children are imagining Star Wars-type battles, help them to understand that even the most sophisticated weapons available are not capable of reaching distant targets as seen in the movies. Let children share their fears regarding war in our own country, most of which are unrealistic and a result of rumor and anxiety. Put these fears in perspective as to what is realistic.

If participation in a faith community is part of your family life, talk to your faith leader about how to help your child think about the concepts of death and killing, in age-appropriate terms. This can be very important to calming children’s fears for their own safety and that of loved ones.

Try to maintain normal routines and schedules to provide a sense of stability and security.

Help children maintain a sense of control by taking some action:

Send letters, cookies or magazines to those in the military and public safety jobs.

Help older children find a family who has a parent on active duty and arrange some volunteer babysitting times for that family or offer to provide meals occasionally.

Special parent and child times can provide an extra sense of security, which might be needed. Allow some time to talk about the event and process it together. Make the time as pleasant and child centered as possible. Return phone calls later and make your child the real focus of that special time.

Involve children in planning how to cope. Control and ownership are fostered when children help to plan strategies for dealing with a situation. Children often have practical and creative ideas for coping.

Pay special attention to children who may feel isolated:

Children who are one of a few with parents involved in the military may need extra attention to their feelings of separation and fear of loss.

Expect and respond to changes in behavior:

Children may play “war,” pretend to blow things up, or include images of violence in artwork and writing. This may be upsetting to adults under current circumstances, but it is a normal way for children to express their awareness of events around them. Gently redirect children away from violent play or efforts to “replay” the terrorist attacks, but don’t be overly disapproving unless the play is genuinely aggressive. Talk with children about their art or written images and how they feel. Share your reactions. Help them to consider the consequences of war or terrorist acts—what happens if a building blows up or a bomb explodes? For children who seek pretend play as an outlet, encourage role playing of the doctors, firemen, policemen, etc. who have helped to save lives. If a child seems obsessed with violent thoughts or images for more than a few days, talk to a mental health professional.

Don’t let your children focus too much of their time and energy on this crisis. If children are choosing to watch the news for hours each evening, find other activities for them. You may also need to watch the news less intensely and spend more time in alternative family activities.
.

Take time for yourself and try to deal with your own reactions to the situation as fully as possible. This, too, will help your children and students.

There are many organizations and agencies with helpful information about helping children and families cope with the stress of war, terrorism and other crises:

Adapted from Children and War—Responding to Operation Desert Storm by Debby Waddell and Alex Thomas (Helping Children Grow Up in the 90s, National Associaton of School Psychologists, 1992) and modified from material posted on the NASP website following the September 2001 terrorist attacks.

One comment on “Tips for Talking with Kids About September 11”

This entry was posted on September 11, 2014 by Jennifer Shewmaker in Uncategorized.